The Future of Human Augmentation: What It Is and Why It Matters

Human augmentation is defined as ability to perform mental or physical actions, with the help of tools that practically integrates into our bodies . Below are some important examples :
Wearable Devices
Prosthetic limbs
Augmented reality devices
Hearing aids
Brain devices
A pacemaker is one such example of Human Augmentation technology .

We have started experiencing an boost in our natural abilities . All became reality because of  wearable devices, such as smartphones and smart watches .Artificial intelligence is one of the most important tool  It is is already present in our daily lives. Many companies have been investing in this technology . It is taking place from diverse sectors such as finance, recruitment, entertainment and energy . One can not deny the use of super computer . Supercomputer considerably increases our possibilities as human beings.

What is human augmentation?

Human augmentation is the alteration of our natural capabilities or behaviors . It is  primarily due to the use of assistive technologies . By going back to the example of the weather forecast, one can clearly see that humans must be capable of adapting to new developments since we can’t fix all problems at once . Human augmentation describes technology that enhances human capability or productivity .
Computers and other artificial intelligence are an essential element of human augmentation. They have an important role in monitoring, processing, and helping us, with the help of artificial intelligence, to accomplish things we couldn’t manage before . What we are seeing now is simply the first step toward the future, and the use of these technologies will continue to advance along the way.

The future of artificial intelligence

Do not think that we are yet at the end of the path of artificial intelligence. The field has reached its new high, with robots being capable of interacting with us.Unlike many of today’s versions of artificial intelligence, artificial general intelligence (AGI) would not just be able to replicate human brain activity but would also use it . One of its most attractive features is that it can learn, using experience, how to be human. However, it would likely not forget its own values and interests and would thus have the capacity to argue.Another well-known type of artificial intelligence is computational intelligence (CI). It is usually used for machine learning, which means that computer algorithms have already learned to adapt to different tasks.

The future of wearable devices with Smartphones

Now let us consider that in the future, most of these technologies will be fully integrated with our bodies. It’s obvious that the possibility to be able to tap into the data that smartwatches and smartphones are storing will revolutionize our daily lives .Smartphones will increasingly gather information about our movements, whether we want it or not. With this information we will be able to establish personalized solutions based on the many events that happen to us . This is the occurrence of traffic jams or mishaps that occur in our daily lives. On the other hand, we will be able to take advantage of the huge amount of knowledge that digital devices can collect.This sphere is closely related to human augmentation since one of the main achievements of smartphones is their ability to track our movements in real time.  Thanks to this technology, the phones will not just be able to offer us immediate feedback about our phone use. It will give us the opportunity to stop and think about our own behavior. It will allow us to choose how to behave in a more efficient and more intelligent way.
The release of  Augmented Glass represents the beginning of a new era . Glasses such as Google glass provides support and extra information . Realizing the promises of artificial intelligence has always been a difficult process. Artificial intelligence has never been capable of doing anything for us without our action. It can only direct our actions to maximize its effectiveness.

The future of medical augmentation

The main field of medical augmentation is “lab-on-a-chip” . The incorporation of biomedical research on chips that can also be used in future to form a micro-array with all the information we need about our body . In principle, this micro-array should be available in a doctor’s office without any need of opening a thick paper.This will be extremely beneficial in the diagnosis of many diseases as most of the time, we need to send samples from our body to a lab and wait for the results.
What are the main examples of medical augmentation in the lab-on-a-chip? If we think about it, it would be interesting to create a small chip capable of detecting various diseases. 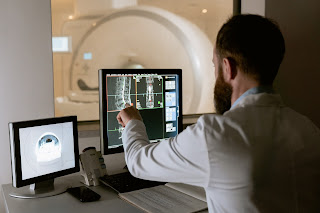 Conclusion : While concluding the article let us find below answers in brief .

Why is human augmentation important?

Human Augmentation is sometimes described as Human 2.0 . Futuristic technologies hold a significant part in making our lives better. The creation of new technologies opens new horizons for mankind in terms of our ability to live better and more efficient lives . The “future of human augmentation” by focusing on the advancement in wearable technologies .

What is human augmentation technology 2021?

Human Augmentation technology have started showing its huge presence across many sectors in world . One such kind is Exoskeletons ,that could assist engaged workers in correcting muscles when they are lifting .If any spinal cord Injury happens ,an exoskeleton may be able to assist us in walking again . Some of most significant Human augmentation Technology aspects will be challenge for Scientists and Technology expert .These innovations would be exceeding human ability such as Ability to fly or Breathe underwater in coming days . In last we can conclude by boosting our morale for this revolutionary technological innovation ,The Future of Human Augmentation: What It Is and Why It Matters ? 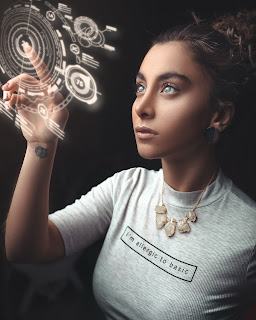