How self driving autopilot car is reforming the world 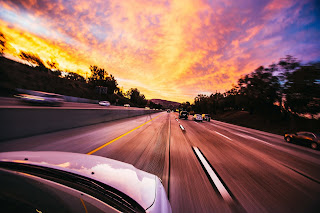 Introduction of Self driving Autopilot car

An expert driver is required to drive a vehicle . How self driving autopilot car is reforming the world ? While driving the car, the driver has to focus on the car itself .A small mistake of driver can lead to a major accident. Autopilot is a system that is being developed to reduce accidents and help the driver. An important company of this autopilot technology names Tesla has same thoughts.Autopilot technique is an advanced driver assistance system that increases the safety and comfort of the driver and reduce the work load of the driver.Self-driving or autopilot cars increase or decrease the speed according to the need. Also, the self-driving car keeps moving according to the surrounding environment . It uses artificial intelligence technique .

How Autopilot Works and self driving cars history

Tesla is an important name among self-driving or autopilot cars companies. This company gives autopilot mode in the vehicles. This function started giving to vehicles in 2016. However, in 2014 this action had started . But the equipment of 2014 was not so powerful. After 2016, high-tech functions started being used in Tesla vehicles . Some components play an important role in getting a vehicle into autopilot mode. These include cameras, sensors, radars and computers installed in vehicles.

Components of Self Driving Cars can reform the world

If we talk about the structure of an Autopilot car including Tesla, then about 8 cameras are installed in it. And a powerful radar is installed right in front of the car. After this, 12 ultrasonic sensors are installed around this autopilot car.Inside the vehicle is an onboard powerful computer. All the functions of the autopilot car are controlled by this computer.

The camera plays an important role in making the vehicles autopilot. There are 8 cameras in the wheels and different parts of the car.All cameras have 360 ​​degree rotation capability. Usually the 3 cameras are mounted just above the front windshield. These advanced cameras tell the onboard computer in the vehicle what is going on in front of the vehicle.The cameras on the side also send such information to the computer.

The number of sensors would have actually been up to 12. The pictures that the camera captures, the sensor recognizes what is captured in the camera. The sensor then sends this information to the computer. By which the computer decides the further action. If the camera sends a picture of an obstacle or pothole in front of the vehicle, the sensor detects it and sends a signal to the computer.

Due to which the programmed computer reduces the speed of the vehicle. The function of the sensor is to sense the pictures sent by the camera, process them and send them to the onboard computer.

The role of radar is very important in autopilot mode. The radar is mainly installed on the front of self-driving cars. Radar has the ability to know and describe the objects lying in the range of 160 m. Radar has the ability to detect everything including sun, fog, dust, snow and rain. How self driving autopilot car is reforming the world based completely on fact that how precise RADAR is .

Radars, cameras and sensors installed in a self-driving vehicle make a complete analysis of the surroundings. After that, they send all this information to the onboard computer installed in the vehicle. This was no ordinary computer. Rather it is about 40 times more powerful and faster than the common computer. It processes all the information at a very fast speed. After that, this fast computer takes the appropriate decision after fast deliberation, which is needed. 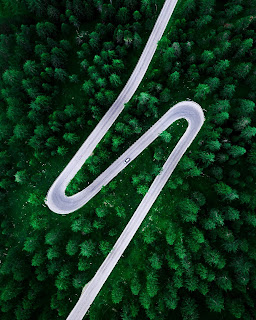 Many automobile giants like Nissan ,GM Google and Toyota had claimed self driving autopilot cars by year 2020 . However this doesn’t seem to be absolutely true as of now .Some other companies like unit of  google’s parent company alphabet called waymo is testing level four . It means that it is pretty much fully autonomous in some situations . It seems to be a full driver less autopilot car .
We can see some of the road ahead . automation by these innovations . Automation has been increasing incrementally in cars by passing years .  It could continue a pace as some companies gradually expand their footprint of fully capable self-driving cars . One of the most important purpose is to reduce traditional cars from the road ,which cost more pollution . And this reform is required to speed up considering global warming situation now a days .
Another important aspects of self driving auto pilot cars are ,it will reduce the car parking . Car parking has been one of the major problem in crowded and developed cities . How ever self driving car manufacturers are still working hard to overcome some of its limitations . One of them being its too perfectly computerized . As it detects objects fall in front of its RADAR sensor and automatically reduces the speed . It may causes sudden accidents in huge traffics . Another limitation being its high price because of advanced features and technology inside the car . Self driving cars needs a high maintenance as small malfunction inside the car can do serious damages .

Conclusion for autopilot cars and its reforms

These Self driving car concept is reforming the world . Huge investment in this advanced technology has started paying off . Developed countries are testing autopilot cars on many levels . The well equipped advanced computers built inside is able to detect arrows or stop signs so perfectly ,that it can amaze any trained drivers . With more elaborated innovations by passing days , we can see autopilot technology bringing reforms around the world .