How Blockchain Technology is Progressive and Transformative

There has been so much under the table corruption in many countries including us ,which lead to frequent black money transactions. These transactions can be both online as well as offline.Those records would be stored in certain data base. But there is no guarantee that those server data base is quite informative and reliable. As those servers along with their information are completely centralized which results to limit its access to some limited users . There is a strong probability , those data can either be changed or manipulated as it is having limited or centralized access to admins .

Therefore in order to nullified above loophole , we strongly need a server data base which is completely decentralized .To understand it further , although server is decentralized . All connected users are having access to it but to change or modify it , is near to impossible . Hence this feature is completely trustworthy . It could be a progressive and transformative steps in  transaction . This phenomena is known as Blockchain technology . 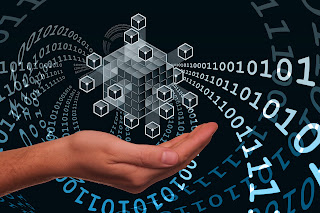 Experts believe that blockchain technology can be revolutionary and progressive for the future economy .  In simple language, Blockchain is a common distributed ledger. Although Blockchain is not a new technology, The role of banks or middlemen is eliminated while doing any transaction through the block chain. This results in smooth person to person transaction . This technology is considered as a distributed database based chain . The information of which is available on every associated computer or node. It is a combination of three different technologies. And those three technologies are the Internet , the cryptography of private keys and the technology to control the protocol . Let’s take a look at the history associated with it.

History of this Block Chain technology

The first work on the safe chain was done in 1991 by Stuart Hebber and Scott Stornetta . In 1992 it was improved by Boer, Hebber and Stornetta .This design allows multiple blocks to be assembled together. This technology was first used as a cryptocurrency in 2009 by the Satoshi Nakamoto group .When he first created Bitcoin in 2009,a decentralized digital currency . No physical currency existed in transaction . Owners hip of those transactions proven to be most challenging during that time .In order to overcome this challenge , Satoshi Nakamotto group introduced Block chain technology in these transactions . There information stored in decentralized ledger shared across million of computers .
In 2016, an ambitious project based on a blockchain platform was built in Russia , so that this technology could be used for automated voting systems . One of other conventional solution to transaction based on Block chain technology is Ethereum created by Vitalik Buterin . Vitalik created Ethereum Block Chain when he was just 21 years old
and its Crypto currency , Ether is second only to Bitcoin.It proven out to so revolutionary as its market cap went on to increase over 10000 percent in 2017 . 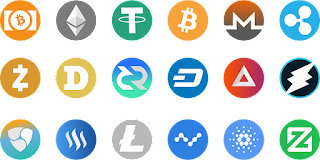 Let us assume a super store which maintains so many records of its own . Like which product arrived ,which sold out,Where has been that product delivered to . Piles of such information can be termed as Ledger . In Block chain technology ,each single block is that single record or piece of information . Chain of all such data blocks are Block chain obviously . Each block contains any relevant piece of information . As Superstore records or transactions information of cryptocurrencies which we will try to understand in later part of this article . One of the easiest place for this progressive technology is to look into Food safety and its supply chain . For an Example ,so called organic apple get to us . It goes through a lot of hands ,creating as many records through out . Those records are tends to misread , misfiled or outright falsified easily .Organic apples goes from Farm to Picker . It then goes to shipping ,the processing and packaging . Then comes the labeling and finally at our grocery stores . There a lot of trust involved through out the process .But what if we could tag apple at the farm itself and create a block chain tracking it ! As it will be passes through all of those hands mentioned above , a new block would lock in the information .
Those information includes where it came from , where it’s been ,and how it get to us . This backward tracking through block chain technology it self , guarantees that farm it came from is organic .
If some things goes wrong in whole supply chain process . Like people getting sick from eating lettuce which carries deadly bacteria . The block chain records of that lettuce would immediately to the source of disease .There would be no need for wide spread panic .
Humanitarian aid may gets the correct boost with this progressive Blockchain Technology We can say that not all charity organization are 100 percent authentic . Aid or money are not going to beneficiaries but many Charity’s CEOs turns out to be millionaire with malpractices with funded money . If Block chain technology introduced in such systems , it will remove the need of middlemen .The money in form of Crypto will go directly whom it needs to and tracking of those records will be easy from start to end . 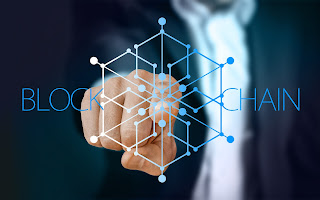 In Blockchain technology , Information use to be structured in Blocks . These Blocks mainly consists of three important things .

Data comprised of all the information one wish to store in the block . It may be any records ,be it transaction details or any other important piece of information.Secondly Each block has its own fingerprints termed as Hash in Blockchain technology . It may be refereed as unique identifier of each block which separates from other block.Lastly Each block also contains Hash (Unique Identifier) of its previous blocks . In the same way all the blocks are interlinked with each other.If some one attempts to tamper any data of its block , then automatically hash for that block will be changed , and would surely impact previous Hash as all the Blocks are interlinked to each other.This amazing facts determines secure and reliable feature of this Progressive Blockchain Technology. Another amazing and determine features of Blockchain Technologies is its decentralized feature.Blockchain will not be stored in a single computer, in fact series of Blockchains are stored in a network of computers. All participating computers around the world belongs to the participants of Blockchain.

Suppose sender A sending Cryptocurrency to Receiver B in this decentralized currency transaction . Ledger comes in between those transactions are computers which act as Mining Machines .Miner are those who implemented those mining machines at their end . On any transaction between Sender A and Receiver B , there will be a complex problem which can be solved by a Miner who owns a Mining Machine . After solving and verifying transaction , the mining process is completed and Miner will be rewarded in forms of new Crypto Currency . Difficulty level in well established Bitcoin currency is the highest . As It can not produce more than 21 Million Bitcoins and that numbers will be achieved soon . Other Cryptocurrency Ethereum also mines with high Difficulty level . Factors on which Mining depends are : 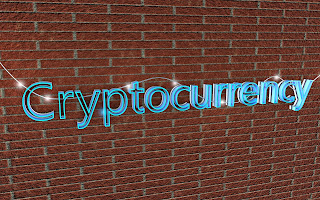 How Blockchain Technology is transformative in various sectors ?

The world of blockchain is huge. Usually it is seen by linking it to the crypto currency itself. but it’s not like that. In addition to financial transactions blockchain technology has several other usage . It can also be used to secure legal documents, health data, and notary documents .  Apart from this, Block chain technology is used to keeping the accounts of government schemes . It includes subsidy distribution, land records regulation . This progressive technology can also be used in cloud storage . It may be helpful in  digital identity smart contracts and digital voting . It is also being used in e-health and electronic governance. Even now we are seeing it,being used in the context of cyber security and electronic storage.Property dealers are using it to rent commercial properties in many places of the world. Cloud hosting platforms are using this blockchain technology for educational information . In countries like USA , transparent and secure academic platforms are being provided to students, teachers and companies through this Progressive Block Chain Technology .

How Block chain Technology is proven to be Progressive already ?

Companies in the financial sector are at the forefront of using blockchain technology. The survey-wide dissemination of blockchain technology in these companies continues. Modern fintech companies are increasingly using this transformative technology to provide financial services, lending and insurance . Cryptocurrencies are prime examples of Blockchain Technologies ,which have started this transformative phenomena . As Name suggests , Crypto are those hidden currencies,whose confidential information are comprised inside a Block . Bitcoin ,one of prime cryptocurrencies consists of information such as From , to and amounts of transaction inside a Block . Along with those prime piece of information,each block consists of its Hash and Previous Hash . Once a Block is created ,its hash or unique identifier is being calculated . Changing anything inside this block will cause Hash to change . It will result in change in previous hash too as each blocks are inter connected to other block.

This Block chain technology is Transformative and Progressive in true sense . Though one can not deny few limitations or challenges associated with this Technology .

Human Error . As Information is stored and regulated Peer to peer ,there may be a chance for Human error . If used as a data base ,Information must be of immense quality .
Uncertain Regulatory Status . This system is totally based based on Decentralized peer to peer regulation . Many governments are still exploring the need for block chain .
Lack of Full scale adoption . Business world wide are still unsure about adopting Block chain technology . They are taking time to implement this technology through out their systems .

While writing this Article , Indian Government is heading a serious level discussions on Crypto currency as per news sources . It seems to be cautious about this Crypto currency phenomena . It expressed concern over majority of youth population inclined towards Cryptocurrencies . After seeing various misleading ads about cryptocurrencies . These cryptocurrencies should not be used in Money laundering and Terrorism activities,government is keenly monitoring the situation . It will also be keeping an eye on progressive Blockchain technology as per news reports .

Block chain Technology will surely gonna make its unique contributions across all sectors in coming years . One may completely agree on the fact that , we are moving towards a decentralized future . It means that plenty of websites and application on cloud based platforms will move to Blockchains soon . For above mentioned reasons , there is common belief that Blockchain technology can revolutionize the world .It may be proven as next Transformative revolution like inception of internet .

Block chain is transformative and progressive

Block chain believer says its the biggest thing since the internet,a progressive technology that is going to remake the future. This is one of those key technology that is actually decentralizing and democratizing innovation itself . Many Proclaim around Block chain believers across the globe . This technology will make our food safe,our medical records inviolable and our money secure . It is said to be transformative as it is designed to bypass banks,lawyers and other middlemen along with their stiff fees . And it will bring the most disenfranchised people of world over into the global economy .This Block chain Technology is not about only money . Decentralization is the idea that value may not come only from the west , It will come from the rest . We can conclude by stating that Block chain Technology is surely an opportunity . Every person or Organization can utilize this transformative technology . One can leverage their skills and integrate it with this progressive technology .