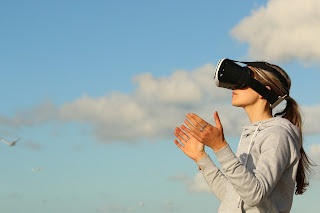 Let us understand concept of virtual reality first which is in fact to add more dimensions .So for example old movies are two dimensional.things move on to screen crisscross but nothing Comes towards the audience . But then recent times we have reached to three dimensional movies , where objects move towards the audience . As it was scary experience for many but then this is the third dimension . Okay, so there are so many other dimensions actually in science. 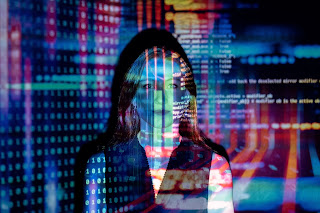 Imagine a situation where ever you are in a battle scene,and bullets flying all around you from the front from the back from the sides even from the top and from the bottom . It will be an unbelievable scene . So that is your surround virtual reality.If we say,we are surround we mean objects coming at you from all four sides.That 3D surround virtual reality means objects come at you not just from two sides .In fact Objects also coming at you from the top and bottom making it an absolutely scary experience.All this is fact.This is the world of virtual reality .And how will this Emerging technology change the world, to experience it we should be used to it pretty soon .

But now we are going to move on something called tactile virtual reality . I think the various Tom Cruise movie where there is a visualization of tactile virtual reality.What it means, let dig into this further .Tactile means touch so in virtual reality , you could move things all around . You could move images all around .You could even move images from the top to bottom wardrobe . You can add an olfactory touch to virtual reality by introducing a fragrance into the environs .For example You can introduce a smell of jasmine .So now you have an oil factory virtual reality.That is all fine.But in tactile virtual reality, something amazing out of the world and so futuristic . The person experiencing
is in a thin body suit something like Superman and Batman wearing ,A tight bodysuit made of silicon.
And this silicon chips are activated by the virtual reality impulses . So what happens is ,let’s say you’re playing a video game in tactile virtual reality theater . And you are wearing this body suit made of silicon skin .Bullets are flying now . And if one hits you you will exactly feel that shaft pinch of pain that you feel when a bullet shot hits you.Probably the intensity of the pain you can set ,depending on your tolerance Zone.When the image strikes the Silicon chip on your silicon bodysuit ,
It will sense a pain waived through the body, making you experience Revolution .This would be the ultimate virtual reality .  How will Emerging Tactile Virtual Reality change the world of imagination , let us discuss below .

Imagine a situation where you can give a hug to your child from halfway across the world . So if you have a tactile virtual reality phone or any other instrument .You could transfer the feeling of touch and the hug through the bodysuit that the child is wearing . You can handshake with anyone halfway across the world .These tactile virtual reality equipment  are also going to be used extensively as haptic equipment . Means people are wearing prosthetic arms and legs and all that means an amputee or someone who lost a leg or now may have substituted the same with an artificial leg. But when you integrate tactile which virtual reality wants to the prosthetic leg , The man feels the leg exactly like his original Leg .Only difference is that the prosthetic leg does not have blood circulation and nerve connections . It feels exactly like the original layer.You can feel it.It’s not as if you have a test A piece of metal or some other material onto your body.Hence this is a tremendous input.How will Tactile Virtual Reality change the universe of medical world , we are set to witness this soon .So this is your Tactical virtual reality , which is almost true at this point of time and in the future it would Advance further .

How will Emerging Technologies change the world with Energy Storage Bricks

What if you could power your house with bricks that they’re built with? Let us talk about material science in popular culture . As scientists are always looking for new and exciting . And to get low cost ways to develop sustainable engineering technologies . A group of researchers at Washington University in St Louis looked to standard construction materials to be the building blocks pun intended of their energy system . These researchers used bricks to create electrically conductive composite materials . These materials can store energy and transport electricity . So let’s see about how they did it . Iron oxide is a molecule that makes bricks red . It is also one of the monomers or building blocks for a polymer called PEDOT (Poly ethylenedioxythiophene polystyrene sulfonate ) .PEDOT s a cool material because it is not only conductive but it is also a clear polymer . Hence it is being studied for a lot of different applications , like LEDs and solar panels where transparency Electrical functionality are necessary . 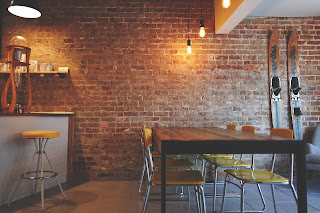 Scientists forced iron oxide that occurs naturally in the bricks to react with specific Baker’s to form the conductive peanut  . This polymer forms within the Bricks because Bricks have a lot of porosity in empty void space . and by using the iron oxide particles the vapor is able to get through all of those folk pores . And then when it reactive forms of the polymer , all of that interconnected voids face becomes filled with the polymer and it creates an electrical Network within the core of the brick . And they were able to form a network of bricks that could store and conduct electricity and they were even able to
show the ability to turn on a small LED light with a couple of their bricks connected in series .

One of the limitations of this Innovation , now  is that there was a low efficiency of energy transport and storage .It’s something that a lot of different researchers are working on to increase the efficiency overall of different materials . And a bit more superficially the chemical reaction that it undergoes to form this polymer takes a break from being red to Black .It would be rather exciting to witness ,how will this emerging technology change the world of infrastructure.So if you’re excited about putting on this on your house , now you only be able to get it into a black color.However , this is a very exciting step towards a re-imagined use of energy and Energy systems for residential homes . Apart from many limitations ,it still draw attention that How will this Emerging Technology change the world of House Development . 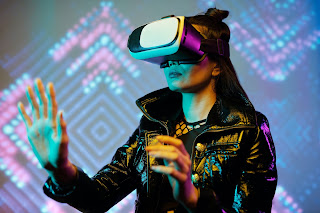 Whats around the corner in Augmented Reality field is AR Glasses . A normal looking pair of glasses but is the future of Augmented Reality .These AR glasses blends the real world with the virtual one.The glasses will bring information from your phone to your face .So we will be able to see emails ,texts and more on both lenses . And best part is nobody around us could even notice it .These glasses are believed to be controlled with gestures . Like how the device could recognize  human gestures. Blinking ,uplifting your eyebrows or smiling by capturing the movement of the attached light sensors . Typically augmented reality experience would require cameras to make sense of the surroundings.
However, because of strict privacy regulations those glasses with enabled cameras would not come into scene .Hence LIDAR scanner which stands for ‘light detection and ranging’ can be used . We might have self driving cars which use LIDAR to detect its surroundings. The scanner detects distance and depth, by penetrating out laser light and measuring the reflection with a sensor device .
This can be leveraged on the iPhone to take advanced quality photos even at night and could be used in the glasses to help us see better in the dark. Its important that LIDAR opens up tons of possibilities for enhancing the AR Experience .How will AR Glasses change the world with its emerging technological features ,it would be thrilling to know .

AR can let us help in everyday life from reminding us where we left our keys . It also assist us to pointing out recommendations when we walk into a store .Facebook has already ventured into the eye wear World . In September 2020 ,it unveiled the Generation Oculus Quest a virtual reality headset . Apple is believed to be performing on headset . And it reportedly combining both AR and VR . It’s meant for gaming streaming videos in video conferencing . Companies are banking on them to finally make Augmented Reality Eye wear into mainstream .

Imagine what might be possible if we could plug our brains directly into our smartphones . The whole world would be at our neurological fingertips .We might even be able to supercharge ourselves as we merge our minds with intelligent machines . And of course, this would be a game changer for how we treat brain injuries and diseases .As Brain machine interface Technologies become ever more sophisticated . This is becoming an important question .Brain Computer interface would be like a fit bit in our skull that can literally rewrite how we think , act and behave . These are the claims been made by leading researchers in this field . Although we are still a long way from walk in brain implant surgery becoming a reality .Let us discuss some of the most important challenges and how to navigate these .

What if your brain was hacked through your brain machine implant . Fortunately, there’s a lot Of attention being paid to the security of brain-machine interfaces at the moment .But as soon as we have wireless devices that are able to write to your brain as well as read from it . We’re opening the door to a hacker’s Paradise to who owns your thoughts. These days data is money. When brain-machine interfaces stutter suck out your every thought from your head . This resulting neuro data is going to be worth its weight in gold. 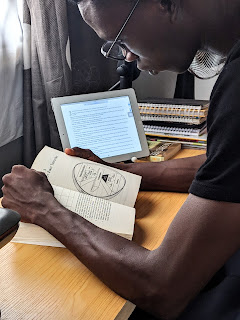 Who owns your brain? Of course you do .But if a brain machine interface changes ,how you think or how you perceive the world around you .You may still own your brain in the future . but you’ll relinquish control over how you use it in a service contract You cannot afford to break.

Who gets to have a supercharged brain and who does not . It’s one thing if performance-enhancing brain-machine interfaces are accessible to most people but if only the rich and the privileged get to use the tech and they then use it to become even more rich and even more privileged.

Of Course there are incredible potential benefits . Advanced brain-machine interfaces are miracle
if they’re developed responsibly . This is a technology that is potentially so transformative ,
that it places us on a knife edge between a future . Full of wonder and promise and one that could Echo our worst nightmares if we’re not careful .Considering all the above scenarios it will be interesting to witness ,How will Brain Computer Interfaces change the world ?

3 thoughts on “How will Emerging Technologies change the world”